Croatan Lodge is the official Order of the Arrow Lodge for East Carolina Council, BSA 426 and is comprised of over 500 members from 20 counties in Eastern North Carolina.

The Order of the Arrow (OA) was founded by Dr. E. Urner Goodman and Carroll A. Edison in 1915 at the Treasure Island Camp of the Philadelphia Council, Boy Scouts of America. It became an official program experiment in 1922 and was approved as part of the Scouting program in 1934.

In 1948 the OA, recognized as the BSA’s national brotherhood of honor campers, became an official part of the national camping program of the Boy Scouts of America.

The purpose of the Order of the Arrow is fourfold:

The OA has more than 176,000 members located in lodges affiliated with approximately 327 BSA local councils.

Scouts are elected to the Order by their fellow unit members, following approval by the Scoutmaster or Varsity team Coach. To become a member, a youth must be a registered member of a Boy Scout troop or Varsity Scout team and hold First Class rank. The youth must have experienced fifteen days and nights of Boy Scout camping during the two-year period prior to the election. The fifteen days and nights must include one, but no more than one, long-term camp consisting of six consecutive days and five nights of resident camping, approved and under the auspices and standards of the Boy Scouts of America. The balance of the camping must be overnight, weekend, or other short-term camps.

Adult selection is based on their ability to perform the necessary functions to help the Order fulfill its purpose, and is not for recognition. Selected adult Scouters must be an asset to the Order because of demonstrated abilities, and provide a positive role model for the youth members of the lodge. 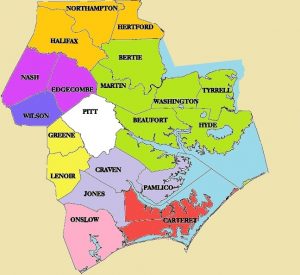 Copyright © 2014 Croatan Lodge, Order of the Arrow. All Rights Reserved.
This site complies with Official Order of the Arrow Website Guidelines.
Contact the Web Team. Website Created by Edge360 Creative.
Back to Top